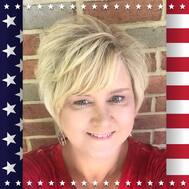 SHARON RIDDLE - Founder & Executive Director
In 2017 Sharon had a vision to create Sea Sisters Anchored in Love, a 501(c)(3) non profit as a way to provide a legitimate fund for her extended Navy family to give back to those who serve and sacrifice for our great Nation. SeaSAIL has now blossomed into providing for all branches of the U.S. Military and our mission is to ease the hardship burden from our military families across the world.  To date we have provided our military families assistance with replacement of stolen items, donations to Mr. Sandy's Homeless Veterans Center, American Legion 791 Home Association, home deductibles after devastating flooding and fires,  rental payments, uncovered funeral expenses, Donations to Honor Flight Funds, TAPS, Alzheimer's Association, emergency travel assistance, American Cancer Society,  Back-to-School and Christmas items for military kids and other unique circumstances.
Sharon is the Navy Mom of a First Class Petty Officer actively serving in the U.S. Navy since 2008. Sharon resides in Pennsylvania with her husband of 28 years and her Old English Sheepdogs. She enjoys watching NASCAR races, fishing, boating, painting ceramics, and spending quiet time at her mountain cabin.  For information on how you can support Sea Sisters Anchored in Love or to request assistance, contact Sharon directly at seasail501@gmail.com. 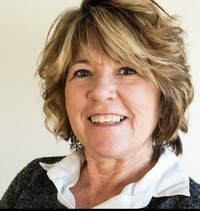 DENISE LESSNER-Treasurer
Denise has been a licensed Real Estate Agent for almost 20 years.  She serves clients both in Pennsylvania and Maryland.  During her real estate career, Denise has come across many Veterans who were lost in the shuffle of red tape.  This has given her a heart to reach out and help Veterans who need assistance.  With a grandfather who served in WWII, an uncle who served in Vietnam and brother-in-law who served during Desert Storm, she has heard first-hand war stories and truly understands what our heroes and their families go through and sacrifice for us.  Residing with her crazy canine Ralphie, a lot of her free time is spent on trail runs burning off his energy.
Nothing fills her heart with more joy than her three grand sons. 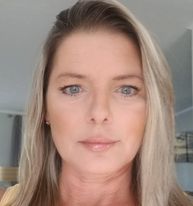 GENA GURGONE-Board Member
Gena has been a Proud Navy Mom since 2011. Her only child/son is a Mass Communication Specialist that has served aboard USS ESSEX (LHD2) and the USS TRIPOLI ( LHA7). Gena had been in the Dental field for over 30 years and 15 years of them as a Dental Hygienist where she loves serving the pubic in her community to create healthy smiles for overall health. But being a Navy mom has been the most rewarding and proud experience of her lifetime. Watching her child evolve into a US Navy Sailor, husband and dad to 3 rescue Bulldogs has made her heart full. Every text, every phone call stops her in her tracks and puts the world on hold to hear from her son. Everyday he is truly missed and loved. Gena is also known as the Navy Bracelet Mom because she makes bracelets for other Navy Moms to help them feel closer to their child. Her other hobbies include gardening and enjoying her summers at their summer home with husband Mike and rescue pit bull Odie.

AMBER ANELICK-Board Member
Amber Anelick Amber is a married mother of 2 from Ohio, married to her high school sweetheart. She is the owner of KTA Transport, LLC & an Agent for Phoenix Transit & Logistics. She has been a Navy Mom since 2016. Her oldest son Kyle is an MA2 stationed in Washington. He served his first enlistment in Yokosuka Japan. Her youngest son Tyler is an auto body technician. She has been a member of the Blue Star Mother’s of America since 2016, is an avid supporter of the USO and many other Veterans Organizations. She also volunteers her time sponsoring Veterans with PTSD. Reaching out as a voice to help them find resources for assistance or just to be an ear when needed. Both of her Grandfathers served in WWII one in the Army and one in the Army Air Corps. Her Uncle is also an Army Veteran serving in Iraq and Afghanistan. Her hobbies include reading, crafting, hand making soaps (which she sells on her website), camping and caring for the family pets which include their dog Zeus, 2 horses and chickens.

JUNE DICKINSON-Board Member
​June has been a Navy Mom since 2004. June graduated from Kean College of New Jersey with a Bachelors Degree in Special Education. She is employed by Heucotech Ltd. In Fairless Hills, PA. where she is the Materials Manager. She has worked for the company for over 30 years, transferring with the company in 1989 from NJ to PA.
June has two sons, Nick her oldest has struggled with alcohol and drug dependency. Happily he is 21+ months sober, living on his own and has a lovely girlfriend, Sheila. Jonathan, her youngest is her Sailor. He is a Nuke, currently serving on the USS Dwight D. Eisenhower. When Jon first graduated Prototype he was assigned to the NR-1, the Navy’s first Nuclear powered Research Sub in Groton, CT., on which he did one deployment. After his year with the NR-1 (now retired) he was assigned to the USS Hartford, also out of Groton. He did two deployments with the Hartford. Jon was then transferred to Norfolk and assigned to the USS Enterprise (now retired) where he did two deployments. His first deployment with the Big E involved the recovery of the yacht of the missionaries, captured by Somali pirates. Jon then spent 5 years in Goose Creek, SC as an instructor at NNTPC. After which he was sent back to Norfolk and the Ike. He is married to his wife Christina and they have two children, Annie and Donald. (Donald is named after his uncle SSgt Donald Christie who was KIA in Vietnam in 1969.)
June has been active in her Church, teaching CCD for 11 years and ushering at Mass. She was a member of the CCD Board, Vice President and then President. June previously administered a social media page for the USS Enterprise.
June is married to her husband Jim and lives in PA with their dog Shadow and cat Menace. June and Jim are very close with June’s nephew Kevin and his wife Kim, they have four boys and you will find her posting about their different sporting events and achievements.